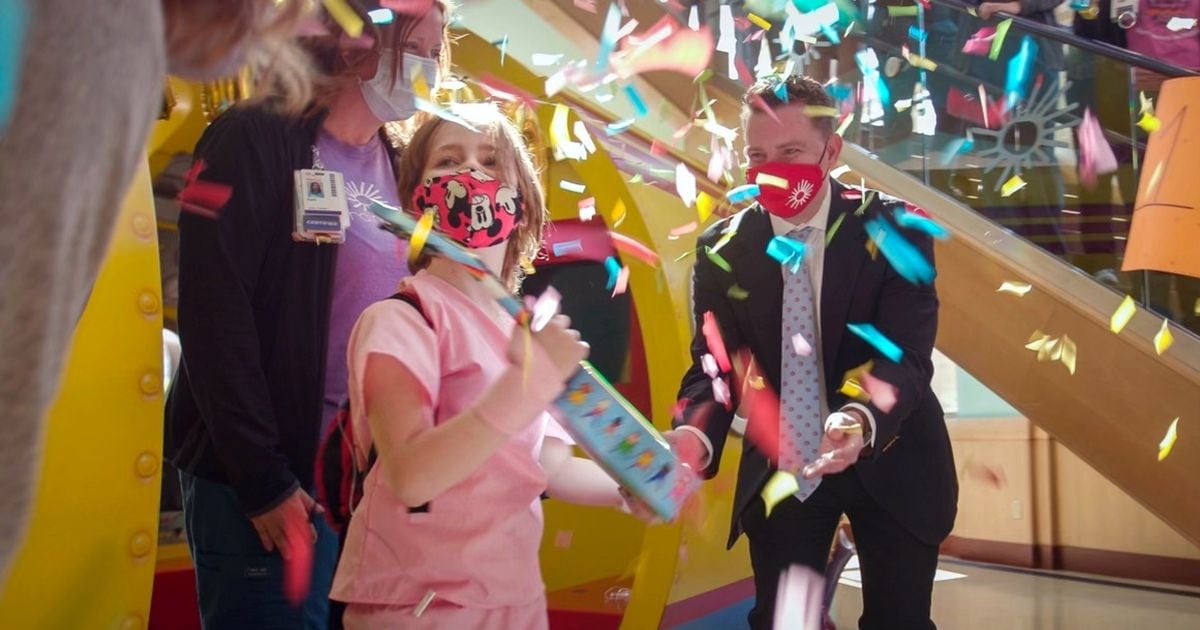 [St. Louis, MO] – A video featuring the Ukulele Kids Club (UKC), an international non-profit organization in partnership with SSM Health Cardinal Glennon Children’s Hospital in St. Louis, has been nominated for a Mid-America Emmy award in the health & medical short form content category. The nominated video was created by Spot Content Studio and features Charlotte Bishop and her mother, Kallie Velazquez. Charlotte was a patient at Cardinal Glennon and the recipient of the UKC’s 10,000th ukulele donation.

“I was so surprised and excited to get the 10,000th uke because I had no idea it was coming,” said Charlotte Bishop, the child to receive the donation, “It’s very special to me, and I play it all the time.” The video highlights Charlotte’s participation in music therapy and how it allowed her to cope with her frequent hospital visits to treat her aplastic anemia diagnosis.

Charlotte was diagnosed with a rare blood disease in November 2019 and received treatment at SSM Health Cardinal Glennon Children’s Hospital. Music therapy at Cardinal Glennon has helped pediatric patients like Charlotte cope with their diagnosis while providing pain and symptom support and ultimately helping them through the challenges of the serious health conditions they are facing. In May 2021, UKC donated its 10,000 ukulele – a custom-crafted and painted piece made special just for the milestone. It features bright and colorful images of children holding hands in unity—echoing the feeling you get when you step foot into Cardinal Glennon.

“Just the thought of that video being nominated for an Emmy is mind-blowing,” said Kallie Velazquez, Charlotte’s mom and now a member of the board of directors of UKC. “Making that video was so emotional for me, and seeing the finished product was even more emotional because I couldn’t see what anyone else had said until it was all finished. I still cry every time I see it.”

The nominated video highlights Charlotte as the UKC’s 10,000th ukulele recipient and showcases the importance of music in the lives of medically fragile kids. The Ukulele Kids Club Inc. (UKC) is a 501c3 non-profit that supports medically fragile children around the world through music. By donating its signature instrument to children and teens in hospitals, shelters, treatment centers, educational and other community settings, the UKC teaches kids how to apply music for their well-being. The UKC partners with over 325 music therapy programs globally and has donated over 13,000 ukuleles since its inception in 2013. Last year, they launched a new UKC AT HOME program to provide ongoing support to children once they return home with their new instrument.

“We are proud of Spot Content studio and how wonderfully they told Charlotte’s story,” said Marlén Rodriguez Wolfe, Music Therapist and CEO of Ukulele Kids Club. “Our mission of transforming lives through music is made possible by our partnerships with hospitals like Cardinal Glennon, and having it recognized by the National Academy of television is truly an honor.”

The Mid-America Emmy Awards are a division of the National Academy of Television Arts and Sciences. The 46th Mid-America Regional Emmy Awards gala will be hosted on October 29th in St. Louis, where Charlotte and her family will attend. 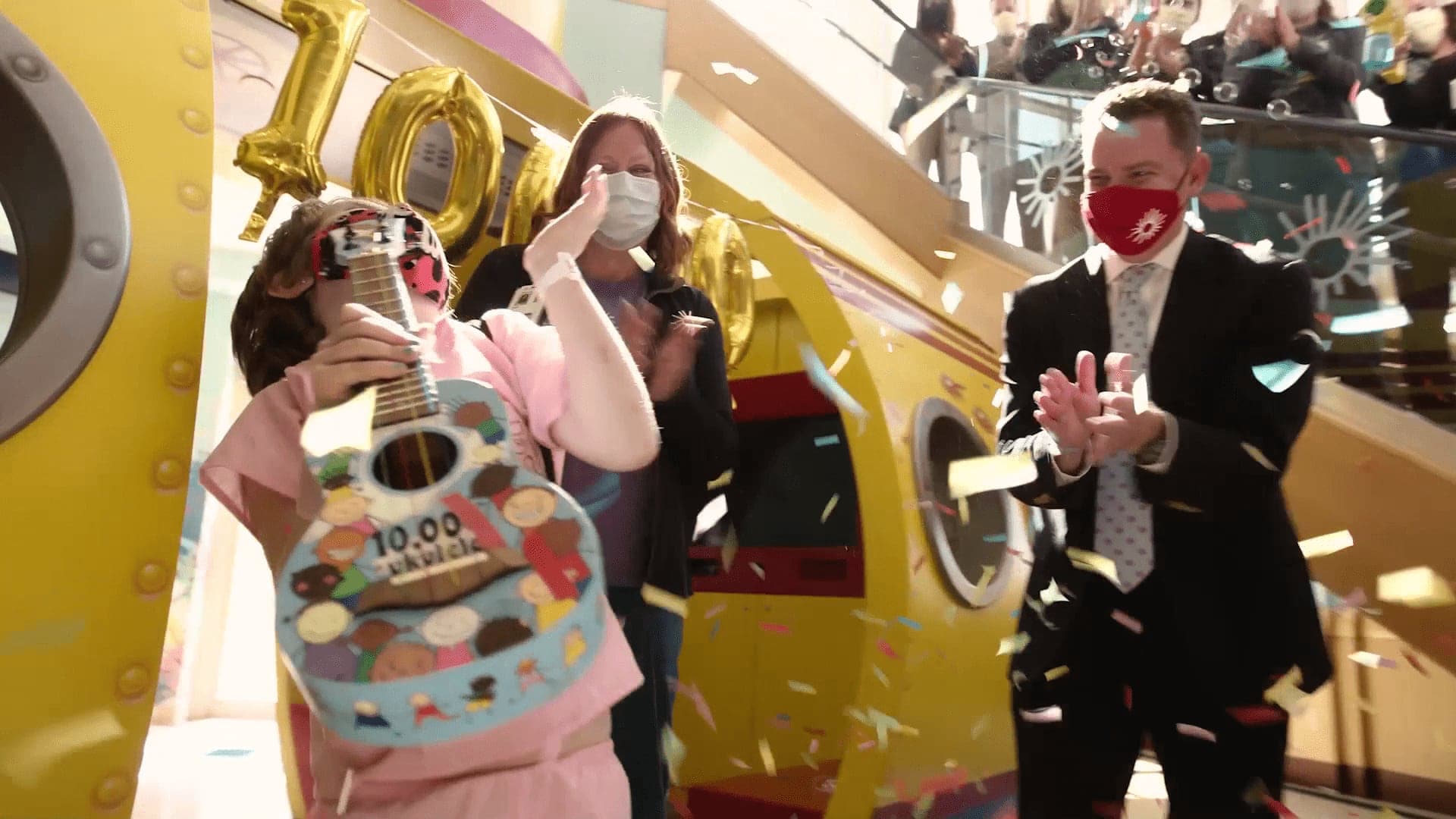 About the Ukulele Kids Club Inc.

The Ukulele Kids Club (UKC) is a non-profit organization based in Lakeland, Florida. The UKC has directly supported the healthcare of over 13,000 children through music, music therapy and donations of its signature instrument. The UKC works with more than 325 music therapy programs in the U.S. and internationally, including Canada, Colombia, France, Greece, Israel, Japan, Mexico, Puerto Rico, Dominican Republic, and the United Kingdom. The UKC is a platinum-level GuideStar participant; Learn more at www.theukc.org.

2022tue06dec5:30 pmIntro To Ukulele (For Kids 6-12)Lesson 5: Holiday/End of the Year celebration with Olivia Bickford